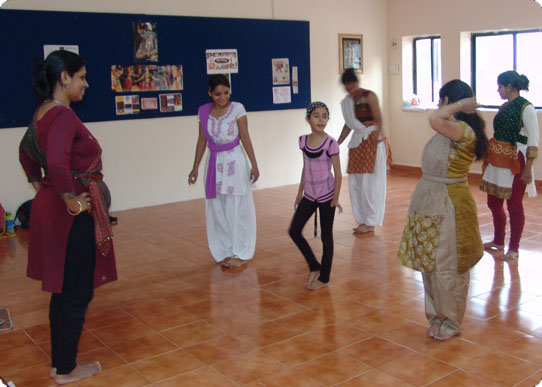 ‘Exploring Kuchipudi’ – Introduction to Kuchipudi Workshop : On the auspicious occasion of Navaratras and Inauguration of our new branch , and venue of Devmudraa – a movement school. A two day Workshop from 2.30 to 5 pm on 9 & 10th October’ 2010. An interactive workshop on Kuchipudi including, multi-media projection & live demonstration. 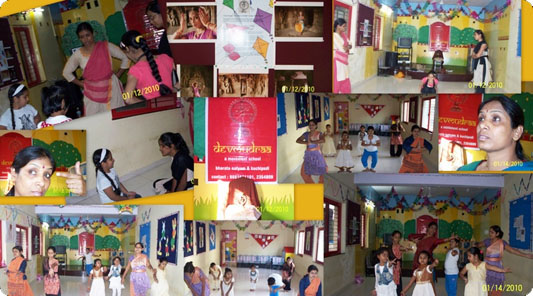 Students in different ages, tastes and levels attended this workshop where introduction to Indian culture and performing arts was given through multi-media presentations and video projections.

Dance awareness in general was initiated, whether all those who attended will take up dance or not but they are acquainted with basic knowledge of names of dances, their background and culture in general.Everybody present enjoyed the theatre and rhythm games and interactive exposure.

Thank you to all who made this event successful by attending in big and enthusiastic manner. 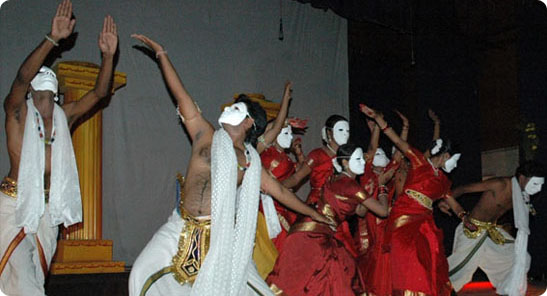 It was a Summer Workshop for Children from 16th April to 30th April 2010. The timings for it were from 10.15am to 1pm,Daily. The age group for the Workshop was 6 to 16 yrs. The workshop would conclude with a Grand performance on 29/30th April i.e the International Dance Day. The workshop was conducted by Ms Soumyasree (Dance) and Ms Susana Reyes (Drama) from Mexico. The Venue was RAKA’s Lifestyle Club, 08, Age Arcade, Dashmesh Nagar, Aurangabad.

Conducted from 22nd April to 29th April 2010 in Afternoons.The Workshop had No Jumps or acrobatics.It was a 7 day workshop exclusively for women above 17 yrs, no upper age limit. No experience of dance was needed.The workshop culminated in a beautiful, scintillating thematic dance ensemble which was choreographed specially for the occasion.It was choreographed specially for the International Dance Day on 29th April 2010 in Aurangabad.